“The land of equal opportunity,” inherently affords both women and men the liberty to advance through the corporate ladder. Although American men make more than American women regardless of race, also known as the glass ceiling,

Women often experience peculiar barriers such as stigmas and stereotypes that contribute to the wage gap in the workforce.

Liberty University alumnus and chairperson, for the Multicultural Advisory Board for the Center for Multicultural Enrichment and host of the event, Zion Tankard, challenged 85 men and women who attended the event entitled: “Double Minority,” with the thought-provoking responsibility to think of popular stereotypes that plague American woman.

“Women are weak and too emotional,” “women belong in the house “women are needy and dependent on men,” “…because she’s successful she has to be crazy.”

Tankard then asked those in attendance to think of some stereotypes that surround women of color.

” Women of color are hot-tempered,” “poor,” “uneducated and unprofessional,” and “no father in the household.

The Center4ME conducted a forum style talk that focused on women of color in the workplace through the concept of intersectionality.

Jose Hernandez, director for the Center4ME, stressed the importance of facilitating dialogues such as the concept of particularly, women of color being a double minority in hopes of fostering conversation and awareness.

“There is a large population of minority women within the bounds of Liberty University, which made the topic relevant so when this topic was presented to us we knew that minority women would be the first to respond which means we there is something there and that we should deal with, we want to make sure that they are being heard,” Hernandez said.

When Hernandez was first proposed with the idea of hosting an event on the topic of women of color being a double minority he didn’t understand the term.

“In the beginning when were presented with this topic by two Multicultural Advisory Board members Dr. Daveta Saunders and Zion Tankard, both African-American women–to be honest I myself was confused,” Hernandez said.

“I never heard it before, however, the concept is very simple.”

“Double minority refers to the fact that people–women in this case, that because of their two status’ they may carry struggles that others may not have because they carry two categories or burdens,”

“The idea or keyword here is intersectionality. Intersectionality says that there are people that when you cross different roads at the same time you start thinking about someone’s age, someone’s gender, someone’s race, someones social class–all of these crosses influences one way or another, and so that in itself is what the concept of double minority is.”

“I think that it is important to merge those two,” Tankard said. “All of those stereotypes that were just discussed all women and what a woman can go through on her own no matter what color you are.”

While women of color have made significant strides in the workforce over the past decade, they still face unique employment barriers.

According to the Center for American Progress, a significant pay gap still exists between men and women. And the gap is more pronounced among women of color:

The State of WOC in the workplace

Although women account for 50.8 percent of the U.S. Population, which makes up a majority of the U.S population according to the Center for American Progress, the representation of women of color in corporate leadership roles has stagnated.

Adwoa Tawiah, an African woman who attended the double minority forum felt hopeless after hearing the statistical evidence of the wage gap concerning women of color.

“At first I felt hopeless, but fairness isn’t everywhere. There are still going to be inequalities and there are no guarantees that everyone I confront will be fair and just about it,” Tawiah said.

“I walked away from this DIRT Talk being aware and knowing that those in attendance are also becoming aware. I think that the first step to bringing about a solution to any problem is acknowledging that there is a problem.”

When asked if the concept of being a double minority help or hinder the resolution of minority-majority issues, Melany Pearl, executive director of the center for multicultural enrichment is hopeful that students were made aware and sought to understand these complex issues.

“But running or hiding from the problem does NOT provide any solutions.  I am hopeful that everyone went away with what their part in the solution could be. “ 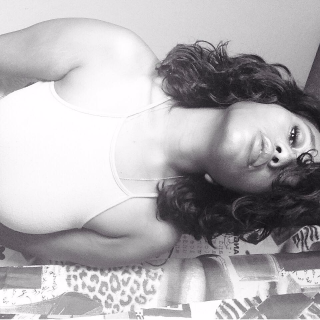